I wanted to write for some time about the feeling of running downhill... on flat surface ! When you run downhill, you can easily feel the acceleration due to the combination of gravity and a foot pose very close to the runner's center of mass. As a matter of fact, on flat roads, you can feel the same phenomenon. Here's a quick illustration by looking at the very peculiar running style of the young amateur Japanese marathoner phenomenom, Yuki Kawauchi (which I already spoke about in this blog).  These pictures were taken during the marathon of Fukuoka in 2011. They are particularly interesting because we can compare the style of Yuki Kawauchi and the one of his competitors running at the same speed.

Besides all controversies surrounding Lance Armstrong, I thought it was interesting to look at his running stride since his return to triathlon. After a pro-cycling career, Lance Armstrong has very strong quadriceps and calves. When he began competing in marathons after his retirement from cycling, he looked like a very fit big heel striker and overstrider (hitting the ground in front of him with a straight leg (or almost), as shown on this picture taken when running the NYC marathon. 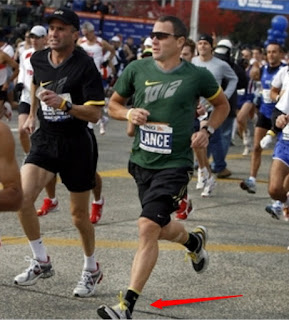 (Please notice the runner next to Lance, winner of the 1980, 1981 and 1982 NYC marathon, Alberto Salazar himself. Note also the choice of shoes of Salazar, quite far away from racing or minimalist shoes)

Lance really changed his running technique when we look at the pictures taken from one of his recent triathlons ; he has also evolved towards more lightweight and flexible running shoes. 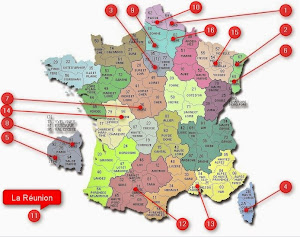 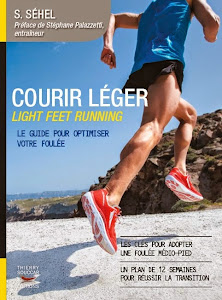 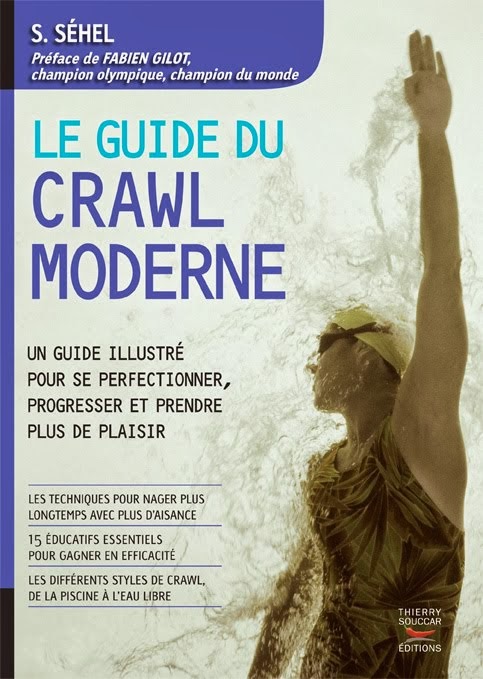